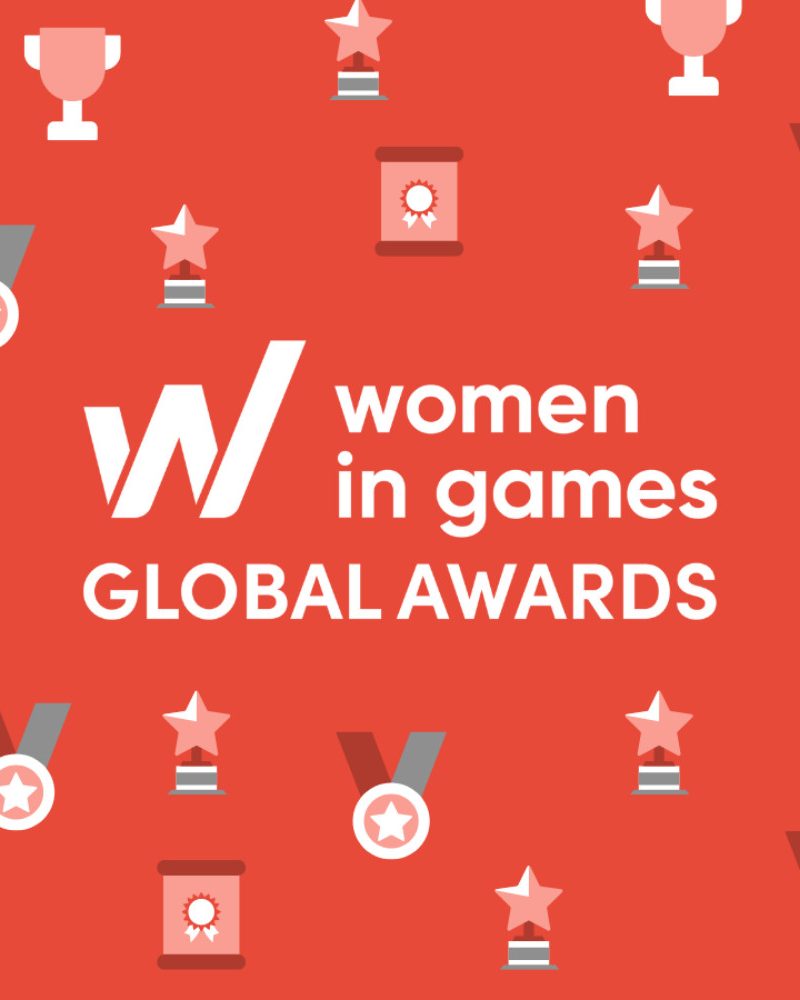 We are delighted to announce the winners of our Women in Games Global Awards 2022.

The Awards ceremony – hosted by Lauren Kaye, Women in Games marketing manager and founder of the She Plays Games podcast – was broadcast on Saturday September 24th at 7pm via our Twitch channel and is now available to watch on the Women in Games YouTube channel.

Amplifier of Diversity in the Industry
Sarah Buric, Journalist

“A huge congratulations to all of our very deserved winners,” said Women in Games CEO Marie-Claire Isaaman. “We were blown away by the volume and quality of entries this year, so it is incredibly heartening to see such brilliant work being done in gender diversity by so many amazing women and organisations.”

The Women in Games Global Awards is made possible by the support of our sponsors, namely Creative Assembly, Dovetail Games, Firesprite, Rocksteady and Sledgehammer Games.