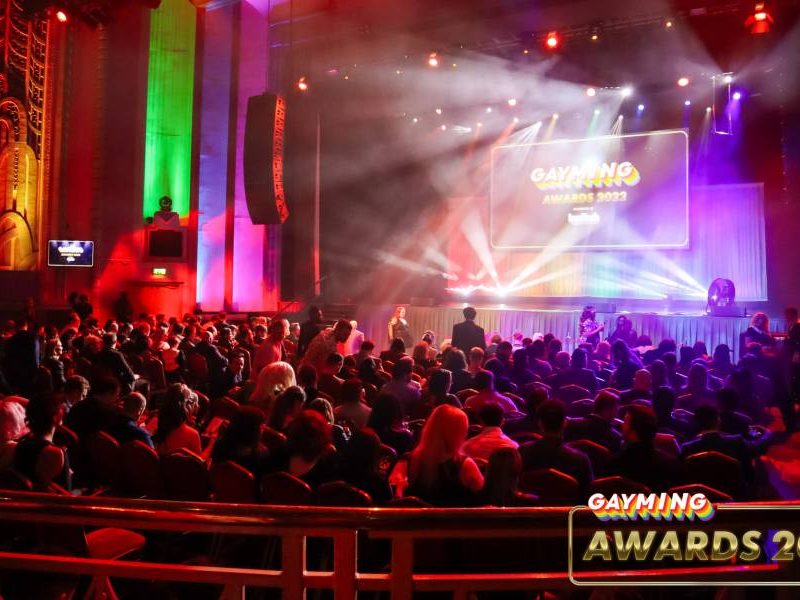 The Gayming Awards returned for a second outing last month, featuring a live event in London which was also watched by over 320,000 people via Twitch and IGN.

The first and only global ceremony celebrating LGBTQ+ video gaming and queer geek culture, the awards were expanded for 2022 to include Comic Books, Esports and Tabletop Gaming.

And 20% of all ticket sales went to the It Gets Better Project to support its mission to uplift, empower, and connect LGBTQ+ youth around the globe.

The 2022 Gayming Award Winners are:

LGBTQ Streamer of the Year
Aimsey

The Gayming Awards are hosted by Gayming Magazine.