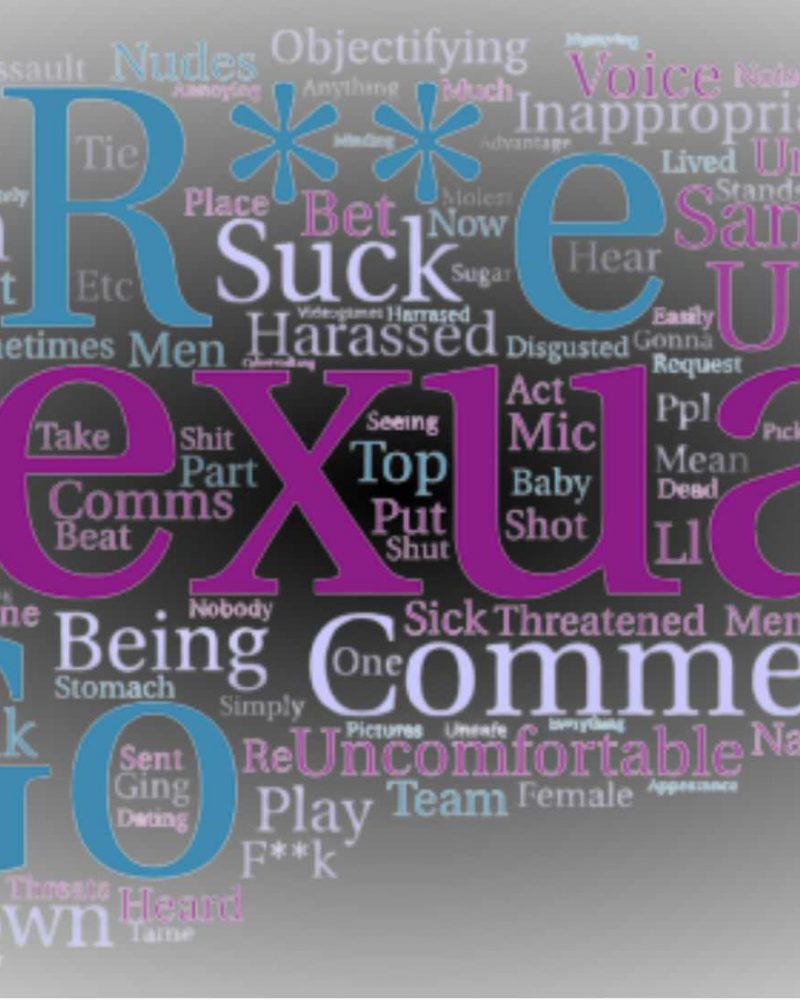 A new web app has been created by an Abertay University student to explore and identify the problems that women face whilst gaming – and attempt to create a safe space for these gamers to continue with their hobbies.

Megan Ross is a Computing student who plays an active part in Abertay’s esports society, participating in both Valorant and League of Legends teams.

She explains what led her to creating the Forming Allies project: “Toxicity in gaming has always been something that has affected me. I typically avoid speaking in any voice chat unless, for example, it is absolutely essential to winning a ranked game.

“It’s really disheartening to be treated differently in one of my favourite hobbies simply because I am a woman, so when honours projects rolled around I realised I had an opportunity to create something I was really passionate about. I decided to make the web application to show people that the harassment of women within multiplayer online video games is a very real and prevalent issue, and to demonstrate how it makes the women within these games feel.

“It has become very clear over my many years of gaming that some people are so very set in the mindset of women being worse at video games than men that, even after being presented with statistical evidence and scientific studies to prove this is factually incorrect, they will simply further dig their heels in.

“So, I decided that the best way to get through to these people was to attempt to spread awareness of the behaviour and encourage other non-female players to call it out. Specifically, to question WHY they had these beliefs or why they felt it was okay to sexually harass someone online, as I notice these are the questions that many people with inherent video game sexism cannot answer.

“The most effective part of the web application has so far proved to be the shock value of both the statistics and the quotes from women within gaming. I don’t think many people realised how bad it can get and how horrible the comments can become for us when all we want to do is play a video game that we love with our friends.

“I’d love to contribute to the increase of female gamers by helping to create a safer, more inclusive space for us by continuing to distribute the web application to as many people as I can, and continuing to update the content within it, creating more areas for women and strategies for combatting the discouraging attitudes we continue to face. I believe we must continue to normalise women in gaming.

“We have just as much of a right to enjoy our hobbies in peace as anyone else.”

To find out more about Forming Allies, click here.