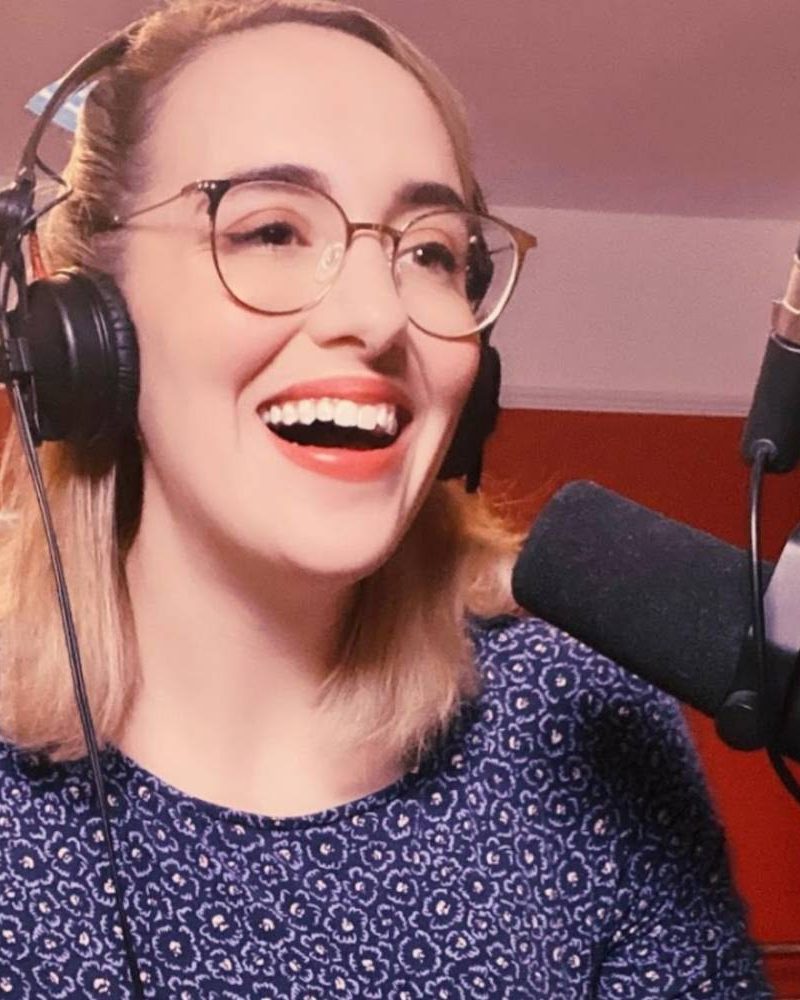 The Women in Games team is a small, but passionate and driven group of individuals who all share the same goal – to promote, support and elevate women, and those identifying as women, in games and esports around the world.

We thought it was time to throw the spotlight on the brilliant women behind Women in Games, so we will be highlighting all of them over the coming months.

First up is Lauren Kaye, who has this year stepped in brilliantly while our Marketing Manager Jenny Ching-Wei Lee is enjoying time with her son during maternity leave.

Here we learn a little more about Lauren, her background, the She Plays Games podcast, her Ginx TV show, and more!

How did you come to join the games industry – and was it something you always wanted to do?
I always liken myself to a lurker in the games industry. I started way back almost a decade ago when one of my friends asked me if I’d like to be a co-host on her new podcast about Kingdom Hearts. I would come on and talk all about news relating to Kingdom Hearts and discuss various topics related to the franchise and Square Enix as a whole.

From that I got to know the owners of the podcast, Kyle and Darryl, who owned a website called Gaming Union.net. They were looking for someone to help them with the load of game reviews they were having to do, and asked me if I’d like to help out. I, of course, said yes and helped the website with their reviews, news, and community – until Darryl and I were married and we no longer had the time to commit to growing the website.

From there, I decided to give YouTube a try. I made content related to Final Fantasy, talking again about news and other themes related to the franchise, and eventually our content began to pick up speed. We were going from getting a few hundred views on videos to thousands and thousands and, with that, our subscribers began to rise quite rapidly. It was a real turning point for us as we started to make a living through our content, and I was finally able to leave my day job and focus solely on producing videos.

After a few years of this though I started to feel a real itch for giving back to the industry I loved so much and saw a real lack of content around women in the games industry from a podcast perspective. There were plenty of podcasts featuring both men and women in the games industry, but the balance was definitely in favour of men. So I thought, why don’t I use my experience creating interviews and apply it to a good cause. Thus, She Plays Games was born.

She Plays Games is a podcast and community dedicated to celebrating women in the games industry. My goal is to give as much visibility to the career paths women can take to get into games so that they can make more conscious decisions about their careers starting out. It launched back in August 2019 and our first season only had 10 episodes.

I used to have to pitch so much back then, detailing to others about what the show was and what I was trying to achieve, whereas nowadays I go to talk about the show to someone new and they either listen to the show or at least have heard of it – which is really incredible. I’m always so stunned at how far my show has reached and hopefully it means as well that it’s making a difference.

And how did you Ginx TV show come about?
I got in contact with Ginx after co-hosting the Women in Games Global Awards in 2021. I just really loved chatting and hanging out with the staff and later was approached to go on their show ‘The Dice Age’ where I played board games with Ginx staff Robert, George, and Louka. It was a really fun experience and getting to know even more of the Ginx team just made it more of a family experience.

So, I was delighted when they asked me to come on to do another show with them which would then become Pixel Perfect where I, along with JazeenaPlays, would come on to chat about game news and give opinions about the games we were playing each week. It was such a fun experience being a part of a show that was run by two women and really showing the world that we deserve to be here. We have recorded our Finale, but all of the previous episodes can be viewed on Ginx.tv!

How did you get involved with Women in Games?
I was first approached by CEO Marie-Claire Isaaman back in September 2019. She asked if I’d like to come to the Women in Games conference which was the first ever event I attended under my new initiative. I was so excited to be able to take on this type of opportunity and it made me so honoured that Marie-Claire believed in me so early on. I hardly knew anyone when I went to that event, but came out knowing loads and it really was the catalyst that led me on to where I am now. I am forever grateful to Women in Games for the many opportunities they’ve given me over the last few years.

Who are the women who inspire you (in games and beyond)?
There’s far too many to count. I think Marie-Claire and the rest of the staff of Women in Games are all really doing valuable work and I would also mention the incredible value Stephanie Nneoma from Nnesaga and Jay-Ann Lopez from Black Girl Gamers have given to the UK games industry with their initiatives.

Dr Jo Twist of UKIE and Gina Jackson of Safe in Our World are also doing fantastic work for diversity and mental health measures in games, and presenters like Frankie Ward and Julia Hardy are also icons.

Finally, Hollie Bennett of Frontier and Korina Abbott of Neonhive. Both of these women I’ve had the absolute pleasure of meeting and they both offer the industry so much in terms of advice and professionalism. They offer their knowledge to anyone in need of it and I look to both of them as inspirations.