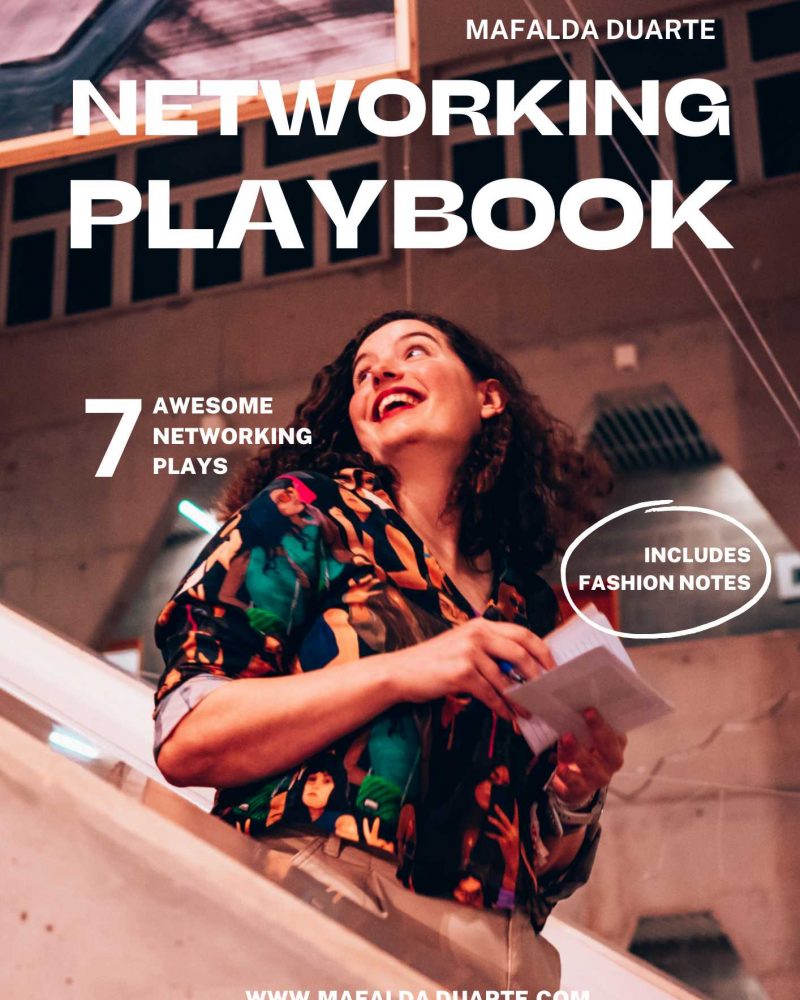 But it’s also daunting for many, especially for women who are in the early stages of their careers, or even about to embark on them.

So, we’re delighted that our Women in Games Ambassador Co-Ordinator Mafalda Duarte has published a Playbook providing top tips on how to network effectively and easily.

In the introduction, Mafalda explains how she has taken inspiration from the Playbook of Barney Stinson, a character from tv series How I Met Your Mother, which discusses his tips on dating women. And she has turned those guidelines into fun-to-read advice about networking:

“Imagine this: It’s an industry event, and you’ve just walked into a crowded room full of strangers. It might be your first time there, or you are a veteran at this, but still struggling with connecting with new people, or at least in a meaningful way.

“Alone or with an extroverted co-worker, that disappeared in the crowd as soon as you blinked, you ask yourself “Why do I even want to be here talking to people?”.

“Well, networking! This is one of the most powerful tools we have to exchange information, opportunities, and ideas among industry peers.

“But what if the doom of impostor syndrome falls over you? Or does your natural shyness overcome any social ambition? Or do you just lack some social savviness to get around big scary social groups?

“None of us want to be the person in the corner, shut down from group conversations, forgotten, and sad.

“Thinking about this challenge, I took a page from a beloved pop culture character from How I Met Your Mother, Barney Stinson. For those of you that are unfamiliar with Barney Stinson’s character, he is a lady’s man with a special dating weapon.

“The Playbook is full of over-the- top tactics to impress the ladies, but we will turn his formula into a useful networking rulebook.”

The Playbook even features advice on what to wear, offering a final note of: “Ultimately, there are no rules. Use whatever makes you feel confident in your own skin, comfortable and powerful.”

Women in Games CEO Marie-Claire Isaaman offered: “We know that networking is incredibly important for personal and career development, which is why we host a series of events throughout the year to allow our community to do just that.

“However, it can be unnerving for some, so it is brilliant to see this wonderful work from Mafalda!”

The Networking Playbook is free to download here, and we urge anyone who has ever been hesitant about networking to read it.