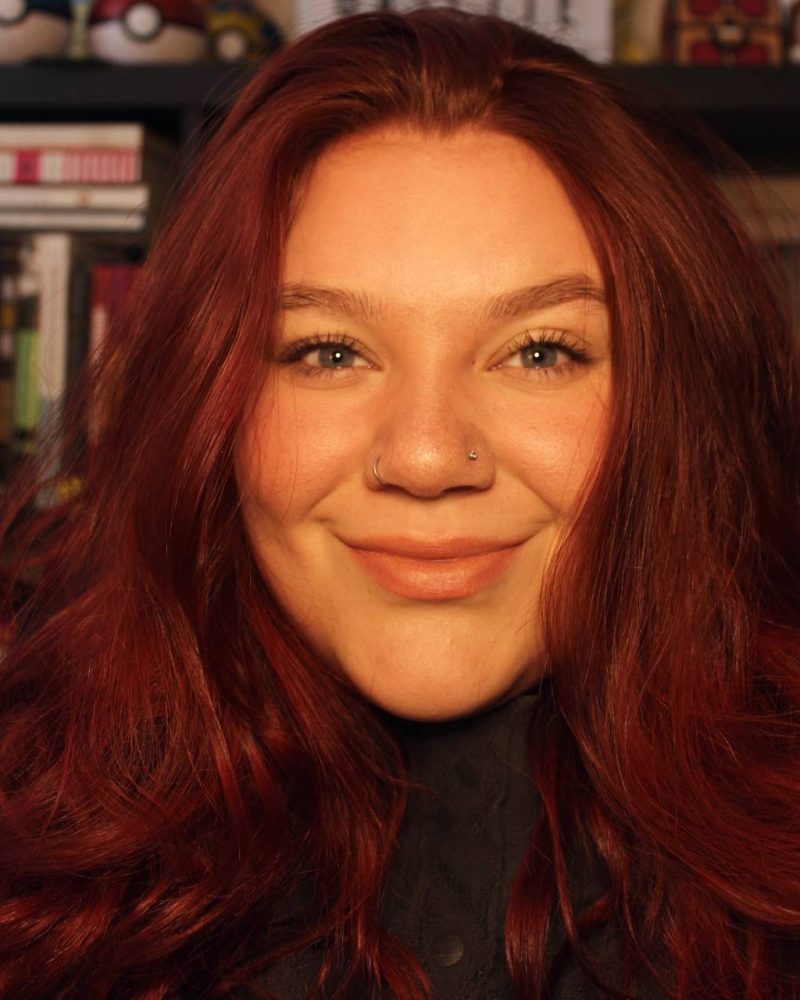 Canada-based Serena Rae Moar has been a Women in Games Ambassador for just a short time, but we’re grateful that she has used her passion for the organisation and for streaming to raise funds for Women in Games. Here we speak to her about the fund-raising event, her personal ambitions for the future, and more…

How did you become a Women in Games Ambassador and Streamer?
I began streaming in May of 2022, as I was looking for a new hobby and thought I could combine my passion for gaming and social change into a full-time job. As I began streaming more often, I really wanted to connect with other female content creators and streamers, and came across Women in Games during my search. As it turned out, Women in Games had an Individual Ambassador Programme and I thought I would try my hand at applying. Luckily for me, I was accepted as an Individual Ambassador and since then, I have made connections and built a community with so many incredible people.

Tell us about the charity stream you’ve done to raise funds for Women in Games.
Between November 25th-28th I hosted a four-day charity event, where I, alongside a few of my closest friends, played a variety of games while raising money for charity. We each selected a charity/non-profit organisation and engaged in friendly competition, to see who could raise the most funds for the charity of their choosing.

During the event, I streamed for a total of 41 hours and 8 minutes, which included staying awake and streaming for 27 hours straight! Depending on the amount donated, I would have to participate in a different activity, such as adding a sticker to my face for every $5.00 donation, or spinning the ‘Wheel of Doom’ for every $25.00 donation – which would eventually force me to do things like crack a raw egg over my head and take a shot of vinegar. (The shot of vinegar was definitely worse than staying awake for 27 hours straight…)

I successfully raised more than $1,000 for Women in Games, which to this day, blows my mind, as our initial goal was $300 and I didn’t even know if that was possible. Across the three of us raising money, we raised nearly $1500 in total for three different charities and streamed for over 80 hours in total.

It was an absolutely incredible weekend, and I am eternally grateful to all of the people who supported the event, especially to the generous folks who donated! This was such an important event to me, not only as a small streamer and content creator, but also as this was my first event as a Women in Games Ambassador. I resonate so deeply with the mission of Women in Games and hope to continue hosting events like these in the future.

What women do you most admire (in games and beyond), and why?
Firstly, I would like to talk about my three younger sisters. Piper, Paige, and Autumn. I am so lucky and humbled to be their oldest sister and hope that they know how proud I am of them. They are the most creative, intelligent, selfless, resilient, and hilarious kids I know, and I love them so dearly. As they have gotten older, their interest in video games and esports continue to peak and I hope to inspire them to pursue those interests and take up space as the incredible young women they are within the industry.

Secondly, I have so much respect and love for Jess Bolden. She is easily one of the most talented shoutcasters and analysts in esports, a relentless advocate, and queer icon – at least in my opinion. As a young, queer, woman starting out in gaming and esports, she has inspired me to be fearless in the pursuit of my passions, and proven to me that resiliency and hard work goes a long way. I want to be like Jess, when I grow up.

Thirdly, QTCinderella is my main inspiration as an aspiring content creator. She is incredibly thoughtful, meticulous, and dreams big when creating/hosting her events and that is exactly the kind of content I hope to produce one day. Although I don’t know her personally, it is clear to me that she cares deeply for others and loves what she does. So excited to see what you do next, QT!

Finally, and this is generally speaking – but I am genuinely so humbled by all the folks working to achieve gender equality in games and esports. Regardless of how they’re working to achieve it, it is so exciting to see more women and other gender and sexually diverse individuals get the recognition they deserve and watch as the industry slowly (but surely) evolves to be more equitable, safe, and accessible.

What are your ambitions for the future?
First things first, I want to complete my degree. I am almost done with my Bachelor of Arts in Gender and Sexualty Studies and I hope to use my education to continue fighting for accessible and equitable spaces in gaming and esports.

Secondly, I hope to become a full-time streamer one day. I truly believe that I could empower people through the content I produce, host incredible events, co-create with others, and help make the world a better place. It is my dream to make it big and partner with organisations like Women in Games to help make that dream a reality for many more people.

Finally, I hope to get a job in esports or gaming! Ideally, I will be a pro Valorant player one day, but would also love to work as a Community Manager, or use my education to help develop policies related to women in games.

A huge thank you to Serena for the fund-raising event she has held for Women in Games! And we urge our community to follow and support her through her burgeoning career. We see good things ahead!