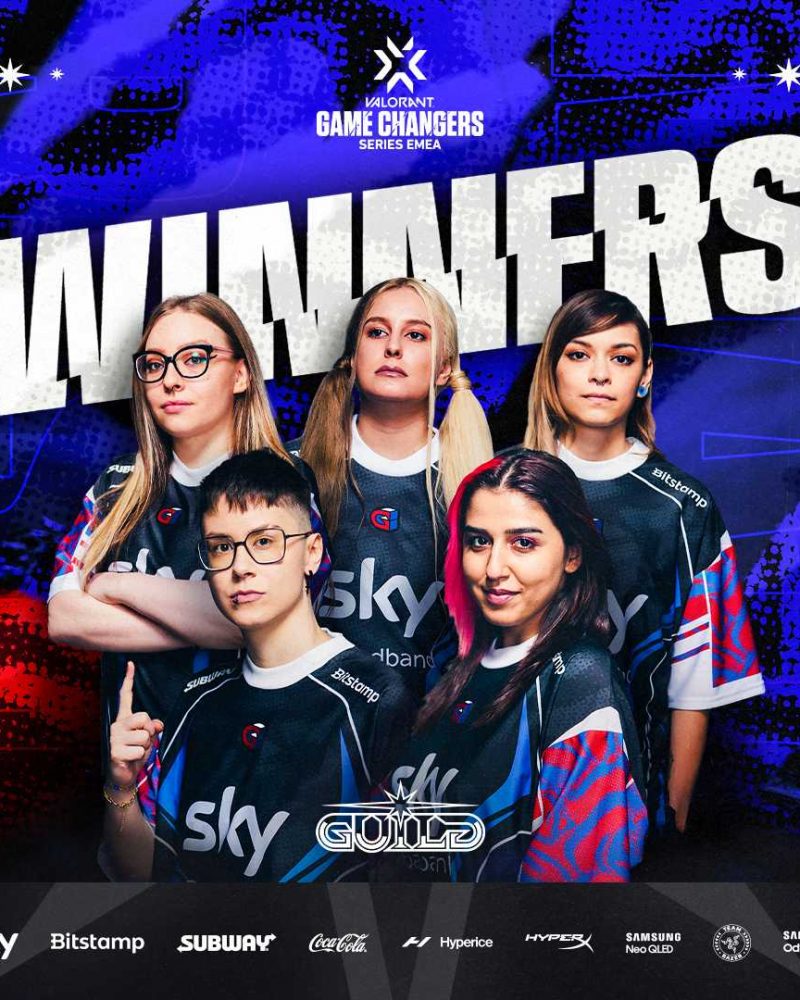 The UK-based global esports organisation, which is co-owned by soccer legend David Beckham, last month announced a new partnership with Sky, which will see the media giant become its official partner.

Together, Sky and Guild are committed to supporting and developing the gaming community, with an initial focus on three core areas:

Sky is also Guild’s official HQ, Wi-Fi, Broadband and Network partner for the next three years.

The team comprises team captain Klaudia, Roxi, Smurfette, Annja, and the latest addition, Ness, who was nominated MVP of the tournament for her outstanding performance.

The Guild X team has been competing in VCT Game Changers for just under a year. Whilst the team has made the Grand Finals each time it has competed in the tournament, it’s fallen just short on both occasions to rivals G2 Gozen, another powerhouse team in EMEA. However, after a nail-biting final which went to 5 rounds, Guild X beat G2 Gozen 3-2, securing the trophy and a prize of €10,000.

In addition to its victory, Guild X has also qualified for the Game Changers World Championship, which sees teams from all over the world competing in a LAN event in Berlin. This is the first international women’s VALORANT event of its kind.

Women in Games CEO Marie-Claire Isaaman offered: “We are delighted that Guild Esports has signed such a powerful agreement with Sky – particular as the two organisations have committed to jointly focus on encouraging and supporting women in esports.

“And a huge congratulations to the Guild X team! We wish them all the very best in the Game Changers World Championship and look forward to hearing more about their successes.”