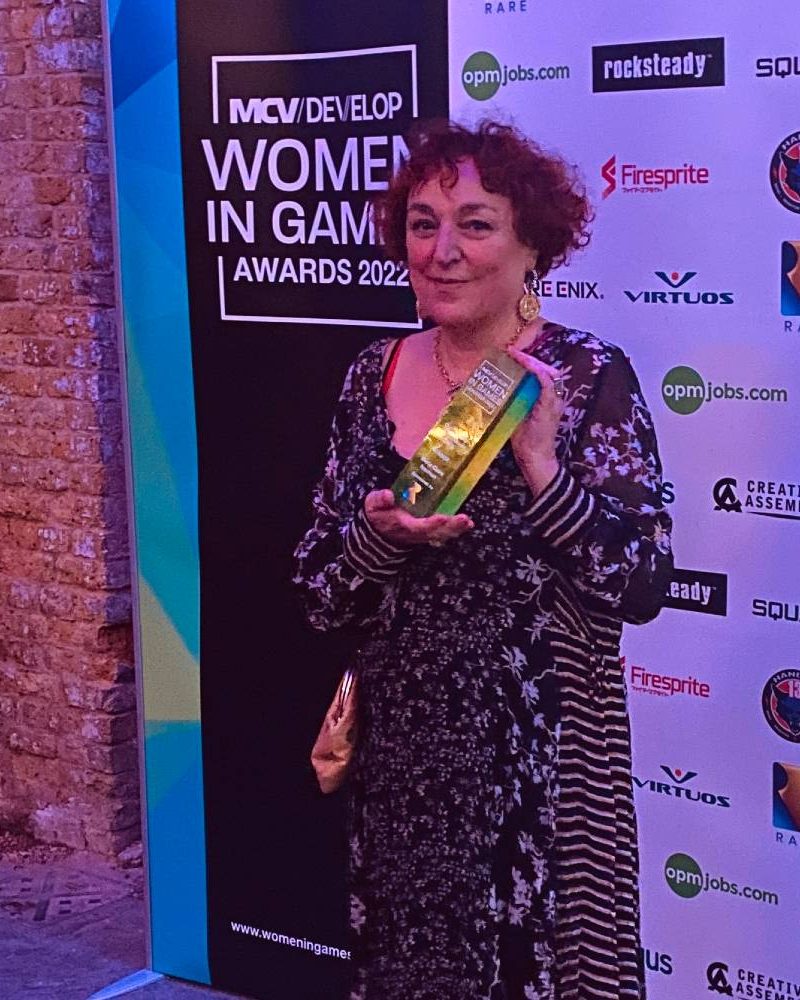 We are delighted and honoured that our CEO Marie-Claire Isaaman was given the Outstanding Contribution accolade at the recent MCV Women in Games Awards.

The awards celebrate the achievements of women in the UK games industry, and we are also incredibly happy to see so many of our Ambassadors, Corporate Ambassadors and Advisory Board members listed amongst the winners and finalists.

Marie-Claire was presented with the MCV Outstanding Contribution award by Mellisa Knox from Rare who offered:

“This woman began her current role back in 2016, having previously worked in education. It was there that her desire for encouraging more women into the games industry began. During her time at this particular university, she made incredible progress in gender diversity – taking the programme from having no female students or staff, to a split of 60/40 men to women in the student cohort, and a 50/50 split across the staff. For this, she won an international award.

“She is still supportive, and involved in, games education, as well as working with research and cultural organisations in the UK and beyond.

“But it is her work spearheading a gender diversity organisation that has such an impact on women working in games, both here and internationally. Since taking on the role as CEO, she has taken the organisation from being run by volunteers in the UK, to a globally recognised body that has over 600 official Ambassadors in over 50 countries around the world, and an even bigger community of women and allies who all have a common goal of gender equality in games.

“She is a true activist, working around the clock on campaigns and initiatives to help support women in games and esports. Her passion for the organisation’s goals is evident to anyone who meets her. She is a mentor to many, and an inspiration to many, many more.”

Elsewhere, the winners and finalists of the MCV Women in Games Awards are: