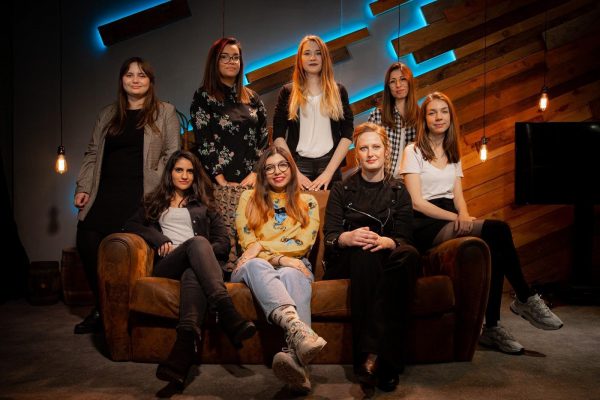 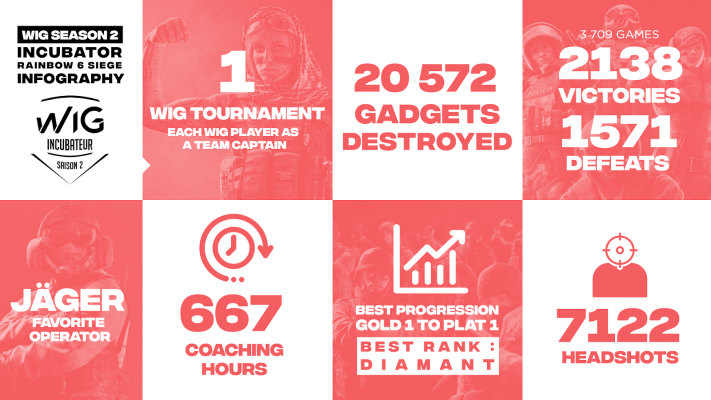 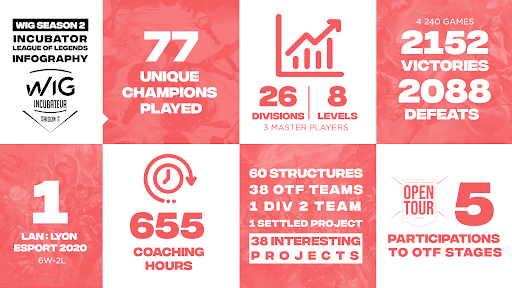 The start of season three, with three games for the women players’ esports incubator of the Women In Games France Association.

Women in Games France Association, announces a third season of it’s I-WIG incubator! Created in order to integrate and evolve the esports scene –  women will be able to apply for this programme from March 29, 2021 on Rainbow Six: Siege, League of Legends, or VALORANT.

Women in Games (WIGJ) are delighted to be supporting and assisting this third season incubator, particularly in the research and engagement of high-potential European players for League of Legends and VALORANT games.

Marie-Claire Isaaman, CEO of Women in Games (WIGJ) commented: “Women in Games Association France have achieved impactful results in the first 2 years of the Incubator Programme. Women in Games (WIGJ) are dedicated to utilising our unique knowledge, position and networks as part of the community evolving the future shape of the gaming sector, therefore we are extremely proud to partner on Year 3 of this wonderful programme through attracting players and coaches from all over Europe. If you are interested then please sign up to the programme as soon as possible.”

In 2020, according to one of the France Esports studies, 30% of people who play ranked games are women yet on the other hand, among competitive women, only 6% participate in tournaments. These numbers demonstrate that gender diversity is low in competitions.

Since 2019, the I-WIG incubator has been setting-up actions to highlight talented women and help them to enter the esports scene.

In partnership with Riot Games and Ubisoft France, the second season allowed 8 women, 4 on League of Legends and 4 on Rainbow Six: Siege, to be individually supported by professional coaches and to discover the French and international competitive esports scene in participating in competitions as well as training in mixed-gender teams.

This year, Riot Games and Ubisoft France are once again supporting the I-WIG incubator. League of Legends and Rainbow Six: Siege will once again be there, alongside, for the first time, with VALORANT, a new game launched a year ago by Riot Games, whose competitive scene is developing very quickly.

The programme offers the following for each of the 3 incubators:

Women (including trans and cis women) will be able to apply from Monday March 29th until Friday April 9th. The Incubator will start on April 19th and run for 8 months. incubateur@wigfr.org